NO MO’ JO – The Campaign To Unseat Swinson

With the election just two days away the parties gear up for one of the most pivotal votes in UK history.  As the biggest UK wide anti-Brexit party the Liberal Democrats look to make gains, but could they do so without their leader?

Jo Swinson is an incredibly divisive candidate both in her constituency and throughout the country.  The Milngavie local has previously been termed ‘the lesser spotted Lib Dem’ due to her absence in the community and it has not played well with her constituents.

Her absence and unlikability has inspired a campaign group ‘No Mo’ Jo’, to campaign, not for another political party, but simply against the uninspiring incumbent.  No Mo’ Jo campaigner, Debra Torrance, said: “Swinson is a pop-up MP, avoiding recent hustings and even local Libs Dems seem to have some aggro with her, evidenced by her having to get a guy from Hull up to run her campaign.”

Fellow campaigner Val Warden concurs, she said: “For me it’s a coup to unseat this unscrupulous, fake news of a woman. Her constituents deserve better.

“She has a generally dishonest air about her, and comes across as a somewhat deluded and grandiose career politician.”

Perhaps the most interesting thing about the group is that the members are all pro-European people on the left of politics.  The general feeling is that Swinson would do very little if anything to mitigate the worst of Tory policies and that her voting record proves she can not be trusted on the big issues.

The SNP are closing in on her seat, coming from nearly 6 thousand votes behind to snap at the heels of the lady with the nuclear trigger finger, but there are more parties than usual contesting her East Dunbartonshire seat this time with 7 challengers for the hotly contested Scottish seat.

Green candidate, Carolynn Scrimgeour, (who is also a candidate for the Holyrood list in 2021), said: “Jo Swinson’s voting record in the Tory / Lib Dem coalition is impossible to defend, so it’s no surprise that there’s been such a concerted campaign to unseat her.”

Carolynn, who is running her campaign alongside mothering duties to her 10 month old baby is determined to fight for the future of her children.  She said: “Swinson is a fiscal conservative and her policies have and would continue to hurt the poorest hardest, which is unacceptable.

“Where we do agree is on her support for trans rights and reform of the GRA, and I commend her for speaking out about this recently and using her platform to raise the issue. That said, I believe there are better candidates in East Dunbartonshire who have much better economic policies and who are also socially liberal, so I hope Swinson is replaced by a better MP.”

Teacher, Neil Scott, the man responsible for birthing the No Mo’ Jo campaign, is not impressed with the ‘girly swot’ who claimed she would have no problem in using nuclear weapons if she were elected PM.

He said: “I work in a primary school in a deprived area of Glasgow, and see, every day, what Swinson’s voting with the Tories has done. Hungry kids, families scared of deportation, families split because of immigration legislation etc.”

Hundreds of leaflets have been delivered on behalf of No Mo’ Jo in an attempt to show the people of East Dunbartonshire why a vote for Swinson is a vote for more austerity, and the group has received national press attention as a result.  The ‘girly swot’ comment that has turned on her so sourly was an attempt to galvanise feminists to her cause.  Instead it has just reinforced how many already see her – as an overly pompous Hermione Granger character, if Hermione had been a duplicitous Slytherin. 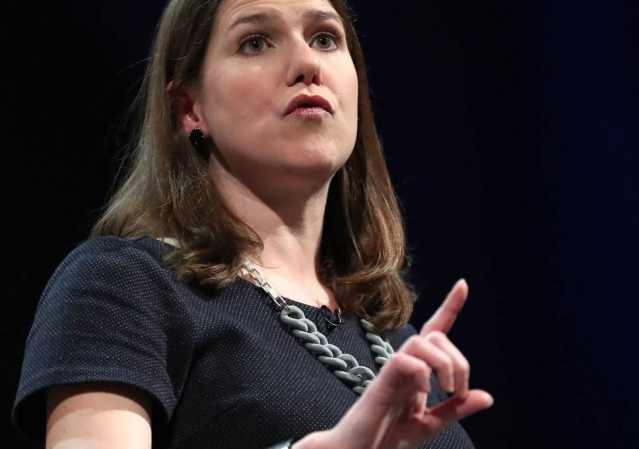 If Swinson is to lose her seat it will likely come down an upsurge in support for the SNP.  SNP candidate Amy Callaghan is optimistic.: “For a campaign that delusionally started off touting herself as PM, she is now clearly worried about her ability to remain an MP.”
“Whilst the LibDems are clearly struggling for activists, I’ve been out every day campaigning for change.”

She added: “My campaign has even had ex-Labour and LibDem voters out on the streets, taking our positive, progressive message for change to the people of East Dunbartonshire”.

It will be one of the most closely watched seats on a night where every seat will count.  The UK goes to the polls on December 12th to elect the governmental makeup that will see us through the most political upheaval in generations.  If Swinson is to play a part in that, she must first get past Callaghan, Scrimgeour and No Mo’ Jo.