The Student Vote: Who are they voting for and how important is it?

Polls suggest that Labour is receiving a landslide of support from students and young people ahead of Thursday’s General Election.

An ICM poll from November 29 to December 2 found that 72% of students intend to vote for Labour. The Liberal Democrats are the second favourite amongst students with the Conservatives close behind, however, both are miles behind Labour.

The Scottish National Party rank near the bottom of the pack with only 3% of students intending to pledge their vote to Nicola Sturgeon’s party. Despite being so far behind they still rank above the Brexit Party and have more voter intention than Plaid Cymru and The Green Party combined.

The same trend is repeated in another ICM poll looking at voting intention by age with 67% of 18-24-year-olds intending to vote for Labour. 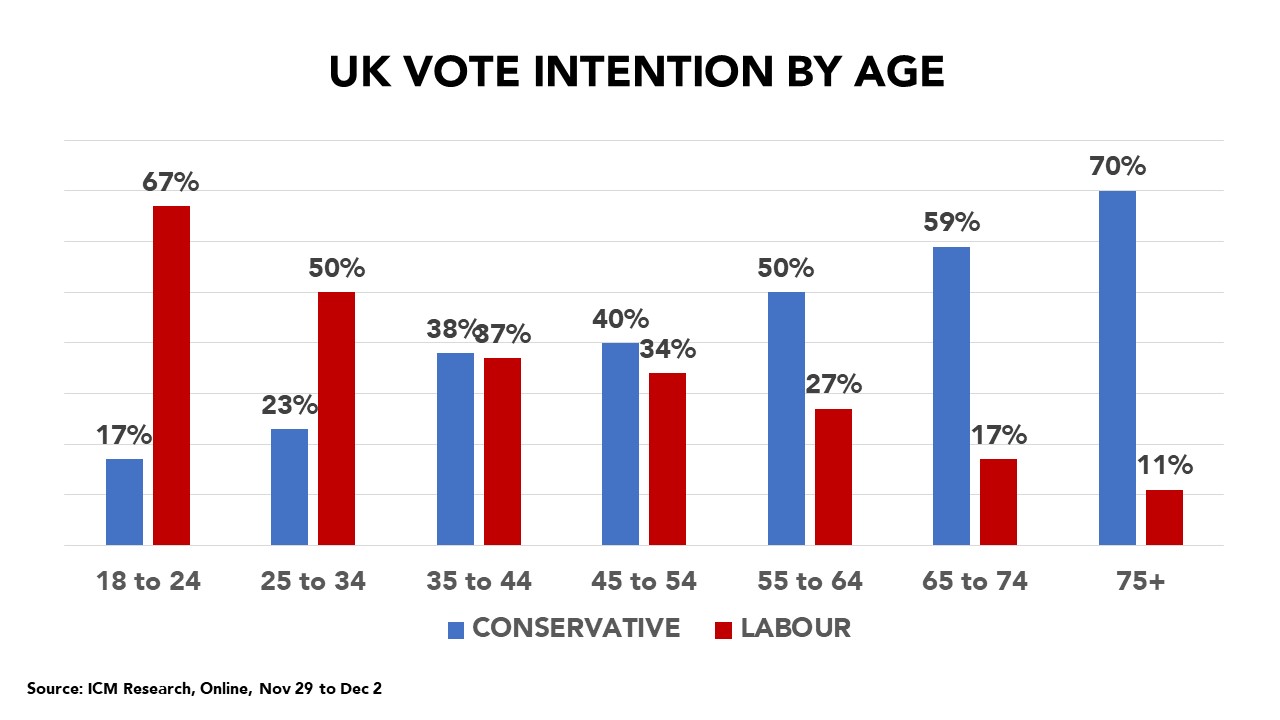 Ivor Gaber, Professor of Political Journalism at the University of Sussex stated: “Students have always traditionally been more left of centre than right of centre, this election is no different.

“That trend has been accentuating and one of the key reasons for that is student fees.”

Despite students and young people being encouraged to vote, their turnout has been less than expected. Their vote is a powerful one, as Professor Gaber added: “Turnout is crucial. If the young people that said they’d voted remain had turned out Brexit wouldn’t have happened.”

With students being able to vote in the constituency of their home address or the constituency of their university address, Professor Gaber believes that the student vote becomes even more powerful: “We are pretty confident that the student vote played a significant part in enabling Labour to win Canterbury last time because the vote took place in term time and many students voted Labour.

“This time around it’s the end of term, many students would have left, so the crucial issue is not so much whether they turn out or not but where they turn out.”

Listen to the full interview with Ivor Gaber here: https://soundcloud.com/dale-eaton-324419968/student-voting-intention-ivor-gaber-interview