Cameron Glasgow, a 19-year-old from West Lothian, is the first candidate to run for the Green Party in Livingston, in a general election, since 2004.

The Green candidate decided to take a year out before committing to university in order to gain life experience, and decided to get involved in politics while he decided what he wanted to do as a career.

As well as working two part-time jobs, the teenager has been relentlessly on the campaign trail, attempting to gain long-term support for the Green Party. A seat in Westminster is unlikely due to Livingston’s strong SNP majority, but that doesn’t stop the former James Young High School pupil from getting his voice heard.

He said: “Because we’re not going to win, we’re not campaigning locally, it’s more focused on national, to spread the message of the Green Party nationally.

“The message we are trying to get across in this election is to demand climate action. We only have ten years until 2030, when the United Nations say we have to make rapid change before climate chaos. With only two full-term elections until then, we have to do something now. This is our chance.”

In line with the recent news of Sanna Marin being elected as the Prime Minister of Finland at just 34 years old, the focus on young figures in politics has never been bigger.

The former transport and communications minister becomes the youngest current world leader, and will lead a government consisting of four other females, three of which are under the age of 35. 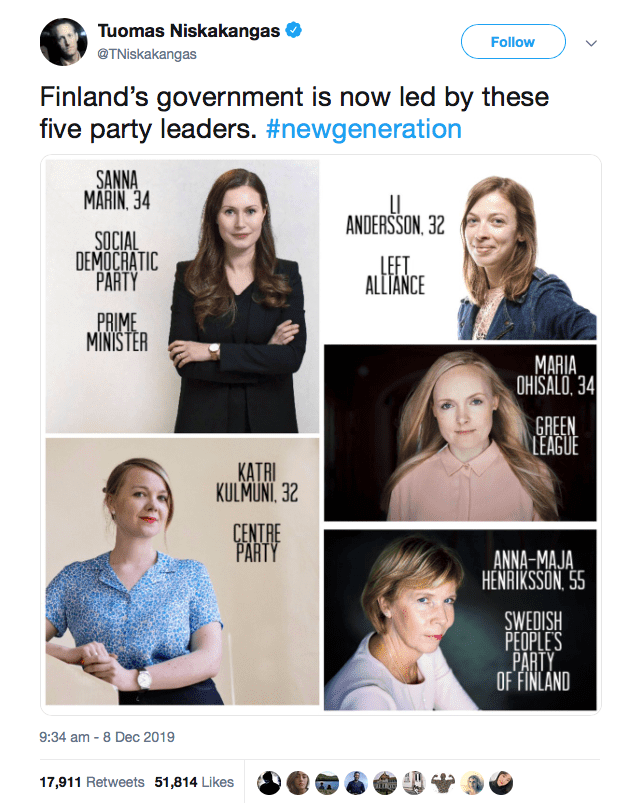 Finland carries the torch for the youths of today at the moment, but Glasgow has always believed, as a young voter himself, that getting young people engaged in politics and encouraging them to vote is very important. However, he also highlights the importance of older voters, who he doesn’t want to forget about.

He commented: “Having a platform at this age is something I’m very proud of and I’ve been keen to share that platform with other people because a lot of the time young people are ignored. 16 and 17-year-olds can’t vote in general elections so getting their voice out is really important.