Celtic’s European Journey: The good, the bad and the ugly

CELTIC’S European journey has been a rollercoaster ride, kicking off with a humbling at the hands of part-time Lincoln Red Imps in Gibraltar and ending with a hard-earned point against Manchester City at the Etihad.

With the ride now over after Celtic finished bottom of Group C, arguably the competition’s  toughest group, we look back at the Hoops’ highs and lows from the very beginning.

The Champions League campaign began for Celtic and Brendan Rodgers underneath a rock in Gibraltar, a country whose population could be housed twice over in Celtic Park.

On an artificial pitch, Celtic were embarrassed and defeated 1-0 by the minnows – who had come past Estonian opponents Flora Tallinn in the first qualifying round.

The Gibraltarian side, formed by a group of ex-pats from Lincoln, were so small that a Twitter prankster (@WeahsCousin) managed to trick Sky Sports into thinking they averaged 28 fans at a home game, amongst other things… 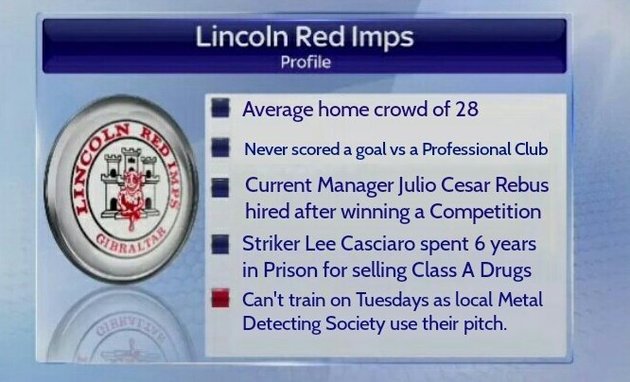 Celtic managed to win the return leg 3-0, but confidence was hardly restored ahead of a tough tie with Kazakh champions Astana.

Celtic knocked Astana out of the Champions League after drawing 1-1 in Kazakhstan and winning the second leg at Celtic Park 2-1, thanks to Moussa Dembele coming off the bench to score the decisive penalty.

This set up a tie with Israeli champions Hapoel Be’er Sheva, who had come through a very tricky two legged tie with Greek champions Olympiacos – keeping a clean sheet both home and away in a victory that was considered one of their best ever.

Celtic then, knew that this would be far from easy. However, the first-half of the first leg played at Parkhead was a crushing.

Leigh Griffiths notched twice, including a screamer of a free-kick on half-time to send the Hoops into the break 3-0 ahead.

The second-half brought more trouble for Celtic as Be’er Sheva pulled two goals back in five minutes, but Rodgers’ side showed great courage and ability to win the first leg 5-2.

The second leg was a horrible, tense affair. Craig Gordon saved a first-half penalty but Celtic went into the break trailing 1-0.

A calamity at the start of the second half with Gordon and Saidy Janko crashing into each other meant Be’er Sheva made it 2-0, and had 40 minutes to level the tie up and take the lead on away goals.

Probably the most important period of Celtic’s season followed and they held on despite Hapoel’s dominance to qualify for the group stage of the Champions League.

Celtic’s Champions League campaign kicked off with a humbling at the hands of Barcelona at the Nou Camp.

Lionel Messi bagged a hat-trick with Neymar, Luis Suarez (2) and Andres Iniesta rounding off the comfortable victory for the Spanish champions.

Moussa Dembele missed a first-half penalty kick in the defeat, which got Rodgers’ second Champions League journey off to the worst possible start.

That 7-0 shocker became Celtic’s biggest ever European defeat, although it followed a 5-1 Old Firm crushing of Rangers at Parkhead so that softened the blow.

After a very impressive 3-3 draw at home to Manchester City, Celtic went into this match with Borussia Möenchengladbach, who are notoriously poor away from home, with high hopes.

Andre Schubert’s side were very well organised at Parkhead, and Celtic were beaten 2-0 thanks to second-half goals from Lars Stindl and Andre Hahn.

Although Celtic still had to travel to Germany to face Möenchengladbach at Borussia-Park, this result all but signified the end of their campaign at the half way point.

A 1-1 draw was collected away from home, with Callum McGregor missing a huge chance late on which will haunt the travelling support for years to come – but this match was the crucial nail in the coffin.

Celtic travelled down to Manchester with nothing to play for at the Etihad Stadium, but collected a very respectable point which meant they ended their campaign with three.

Patrick Roberts scored against his parent club on four minutes before Kelechi Iheanacho equalised for City inside ten minutes.

The draw also meant that Celtic drew twice with the Citizens – a fine achievement for a Scottish club given the resources available to Manchester City and manager Pep Guardiola.

The City team was, it must be said, largely second string given that they had already qualified, but Celtic had a big penalty shout and left the match feeling as if they could have won it – a clear indication of how far they have come since the Red Imps match in July.