At the beginning of a crucial week in the world of British Politics, the People’s Vote campaign is slowly but surely falling to pieces, and all fingers are pointed towards the chairman, Roland Rudd. Two of the campaign’s senior executive members have been fired, Tom Baldwin and James McGrory, and dozens of staff have staged a walkout from their Millbank offices on Monday in protest of this sacking.

The Chairman of the People’s vote, Roland Rudd, brother of Conservative MP Amber Rudd has been under fire by his own staff because of these firings. More than 40 staff members from the movement were gathered in the People’s Vote campaign office at 10 o’clock on Tuesday morning for a meeting with Rudd. Minutes before the meeting was to start, Roland Rudd demanded that the meeting place be changed to the Hilton, where he is protected by security guards.

Alistair Campbell, a supporter of the People’s Vote, tweeted a call for Rudd to be sacked saying: “…one man’s ego/amour propre has reduced a terrific campaign team to impotence. it is not the staff who should be facing the sack but Roland Rudd. He is a disgrace to the cause and lacks the balls even to meet them”.

The People’s Vote had this to say in a twitter thread on Monday: “This campaign is not owned by any one person. It belongs to the millions from the staff in Millbank and in the field, to the volunteers & activists, including the million who marched in London nine days ago”. While it appears that the People’s Vote campaigners have thrown their chairman under the bus, Rudd continues to appear on TV to promote this movement.

It appears that the People’s vote movement has become similar to the political parties they are trying to fight. This fighting among each other at the beginning of an important week in British politics may have forced these campaigners to lose the big picture. 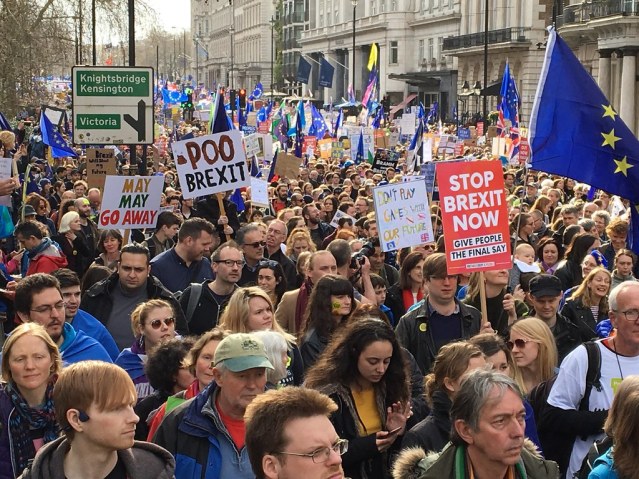