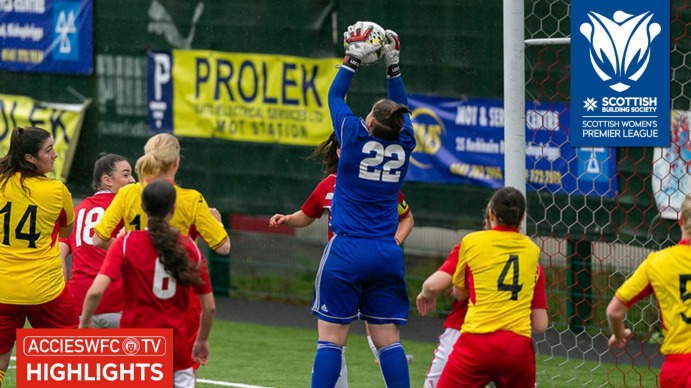 It is first versus fifth this Sunday at Petershill Park as Hamilton Academical WFC take on Partick Thistle WFC in SWPL 2.

Thistle are looking to regain their form after losses to Hearts, Glasgow Girls and Motherwell in their last three. The Jag’s last win came over a month ago against St Johnstone. That was the last of a winning streak that spanned four games.

The last time the sides met, Accies came out 2 – 0 winners after strikes from captain Amy Anderson and Kirstie McIntosh sealed the Lanarkshire side the win.

Hamilton come off of a spirited performance last Sunday in the SSE Scottish Women’s Cup against SWPL 1 side, and current holders, Hibernian. The Accies came close on a few occasions through top scorer Dionne Brown but ultimately Hibs prevailed scoring three in the process through

Accies boss Gary Doctor said “there is a lot of positives to take” from the cup defeat and looks forward to the return to league action this weekend.

The Jag’s will be looking to bounce back against Hamilton after losing their last four games. Accies however, will be trying to put pressure on Hearts as they look to win promotion to SWPL 1 just a year after being relegated. They have a tough run of fixtures going into the run-in though. Hamilton still have huge games against Glasgow Girls, Dundee United, Hutchinson Vale and St Johnstone to come.

Ali Mitchell from Accies WFC Media gave his thoughts ahead of this vital clash for Hamilton Accies as they battle for promotion with Hearts.

It is set to be an exhilarating afternoon of action this Sunday at Petershill Park. Kick-off is at 12 noon.

The other fixtures in this week’s round are: Heart of Midlothian  v Hutchinson Vale FC