PAEDOPHILE hunters hit Ayr last weekend as they went to meet an alleged child abuser. The suspected sex offender was intercepted just outside Ayr bus station whilst on his way to meet who he thought was a fourteen-year-old girl according to WolfPack Hunters UK. 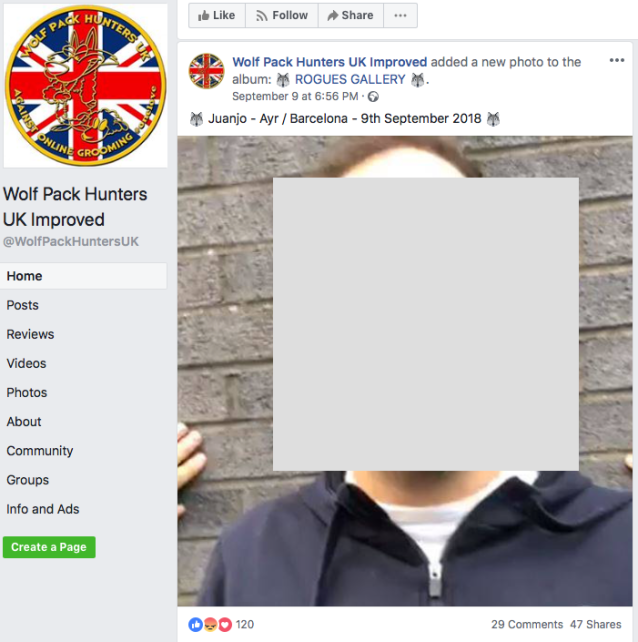 The Spanish man, allegedly from Barcelona according to the WolfPack Hunters UK Improved Facebook group, is a luggage handler working at Prestwick Airport. Due to the new data protection laws, he will remain unnamed. Currently living in Ayr, he was meant to be heading back to Spain in one month. As the Hunters continued to question him on his intentions, the man kept insisting that he had never pressured the girl into anything. He made it clear he did not think he was doing anything wrong as he insisted the girl had made the choice to meet him and potentially have sex with him.

The Scottish group Wolfpack Hunters was formed in Glasgow last year by child abuse survivors. They go into online chat rooms pretending to be young children. When the conversation turns sexual, the Hunter will arrange to meet the suspected paedophile. Once they meet, the team of Wolfpack Hunters surround and question the subject until the police arrives. By working closely with Police Scotland, this anti-paedophile group ensures that the suspect is taken away and more often than not, charged.

When asked about this case, the Hunters stated: “He was talking to seven different decoys we believe, not sure who was the youngest but the girl he was coming to meet was 14”.

The group Facebook live-streamed the encounter on September 9th, 2018.

The suspect repeats several times that English is not his first language and that he does not understand them very well. The Hunters disregard this stating at 08:30 that if he works in Scotland with Scottish colleagues, he can understand them just fine. They also state at 6:20 that his English was good when he was speaking to who he thought was an underage girl.

We spoke to a student in Ayr who had encountered this man on various occasions. She prefers to remain anonymous. The girl met the man on Tinder a few months ago and they continued talking on Whatsapp but she quickly stopped contact after finding him to be very insistent.

After finding the man strangely persistent in his demands to see her, she stopped contact with him, at which point he blocked her on Whatsapp. The girl was then very surprised when she logged onto Facebook to find the man staring at her through her computer screen. It turns out he had been intercepted by the WolfPack Hunters and the video was uploaded to their Facebook page.

Although she found this man creepy in his way of speaking with her, she was stunned to find that he was being stopped on suspicion of sexual abuse and paedophilia.

The man can be seen being led into a police car at the end of the Facebook Live video. 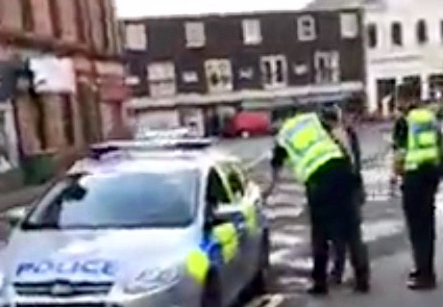 Wolf Pack Hunters UK Improvement has confirmed that he was arrested, charged and bailed with what the police described as “some of the harshest bail conditions in a long time”. According to the group, he will be tried if he pleads not guilty. Otherwise, he will be sentenced.

Although the man has been intercepted, the tough part is yet to come as court dates can take a very long time.

Police Scotland were unavailable for comment at this time.