Ayrshire’s own cultural hub is moving out of their current headquarters at Queen’s Court, but they’re far from done.

At the start of the project, in 2016, the aim was to bring artists and craftsmen back into Ayr’s high street and this way, hopefully attract more shoppers and inject new life into the decaying city centre.

In June of this year, FreshAyr moved into a physical space in Ayr’s town centre.

This allowed them to have a place that they can use as galleries for art exhibitions and even to open a bakery.

“The main part of the project is the creative hub” which is going to get funded as a charity, explains Herborg Hansen, FreshAyr’s project coordinator, “the bakery was an idea to create an extra income for the charity. “

In the end the plan didn’t really work as well as expected and the charity is now moving out due to lack of funds to support their current central location. Miss Hansen however, doesn’t see this as more than a stepping-stone onto the next phase of the project.

“Being here as not just been an experiment it’s also been a learning experience and a place where we have been able to recruit a lot of amazing people that we wouldn’t find if we weren’t here. If the project wasn’t in the middle of the town.”

The project coordinator also takes the time to highlight the importance of the contributors they have had in the past three months.

“There are a lot of people that have been getting involved. Volunteers that are going to be very important for the project because we managed to form a board of trustees which an important step towards becoming a funded charity” 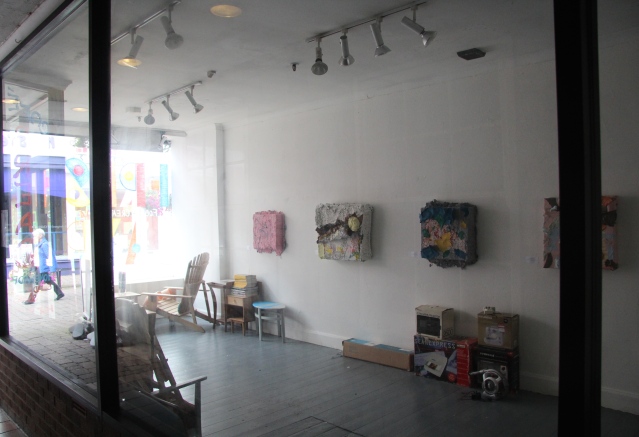 Miss Hansen guarantees that the project is still going strong.

“Six months from now we’ll be looking at a place to stay and that is probably going to be our permanent place. We are definitely moving in the right direction.”

Robert Singer, one of the project founders, says that he is happy with what they’ve achieved so far and believes that they are having a visible positive impact on the community and on the town centre.

In the end it seems like FreshAyr is not going anywhere…. Metaphorically speaking, at least.